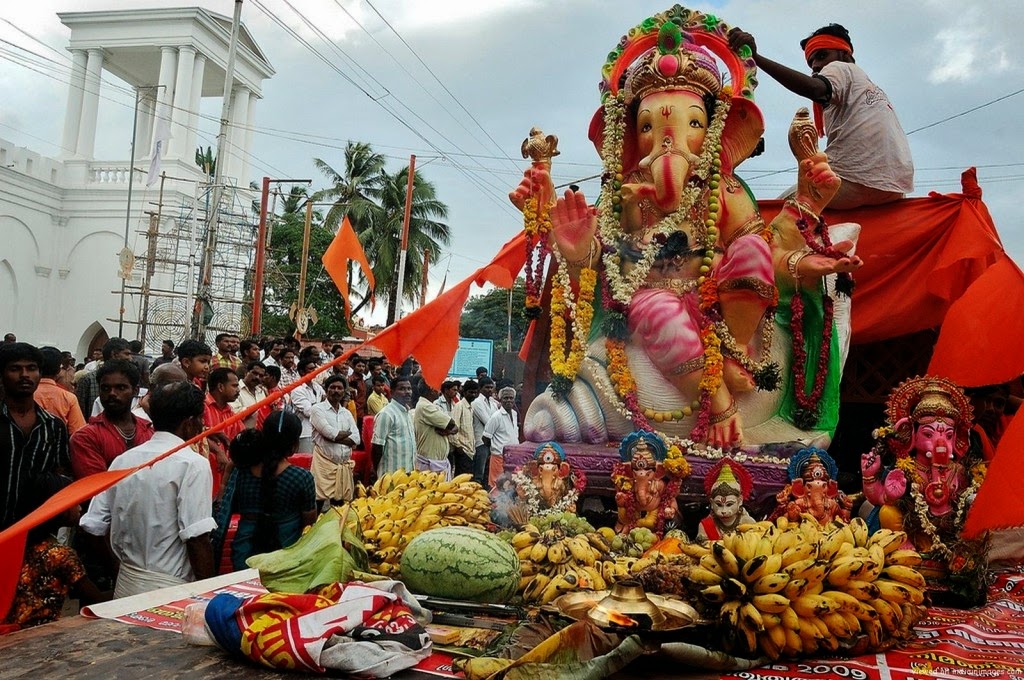 It is the last day of the Hindu festival Ganeshotsava. Mostly celebrated in west and south India, it comes on the tenth or eleventh day of Ganesh Chaturthi which generally falls on the fourteenth day of Bhadrapada or the sixth month of the Hindu calendar.

According to the beliefs and customs, the immersion of the idols takes place on 1st, 3rd, 5th, 7th or 10th day. Many families who have idols consecrated at home perform the immersion ceremony after a day. This is because scriptures state that the clay idol which is transformed into a divine being retains His sanctity for a day.

On this final day of Ganeshotsav (Anant Chaturdashi), the image is taken through the streets in a procession accompanied with dancing, singing, to be immersed in a river or the sea symbolizing a ritual see-off of the Lord in his journey towards his abode in Kailash while taking away with him the misfortunes of all man.

After the final offering of coconuts, flowers and camphor is made, people carry the idol to the river to immerse it.
anant chaturdashiganesh immersion dateganeshawhen is ganpati visarjan
Next article Next Post
Previous article Previous Post
‹ Newer Post Older Post › Home