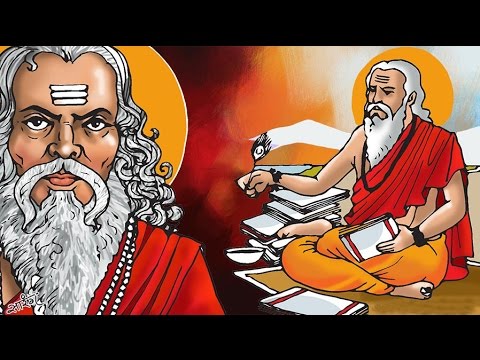 The mere mention of a woman's name delights a person and his thoughts are filled with lust, then why not by looking at a beautiful woman who makes her eyebrows dance.

Why not a woman, who is clever enough to have her food alone, who talks softly and delightfully, who can taunt affectionately, will capture the heart of any man.

The lust for 'other women' has caused destruction to many men like Indra, Dandakya, Nahusha and Ravana.

If there is a fear of the food being poisoned, then it should be examined by the help of a monkey, cock etc. The mere sight of the poisoned food makes a swan (Hansa) to totter, the black bee begins to make a noise, the peacock begins to dance, the cock begins to 'crow', the Heron (KRAUNCH PAKSHI) gets intoxicated, the monkey begins to pass 'filth' and urine, the mongoose (BABHRU) gets excited, the 'starling' (SAARIKA PAKSHI) starts vomiting- These are the ways to examine the poisoned food. The king and his administrators must examine the food, whether it is poisoned or not, before consuming it.

One who ignites fire and causes destruction, one who gives poison, one who is Eveready to kill intoxicated by the power of his sword, one who plunders others wealth, one who overtakes others farm and woman- should be considered as a TYRANT.

One must not be indifferent towards his wife, his son, diseases, servants, domestic animals, wealth, knowledge and studies and doing service to a gentleman for a moment. One must always take care of them.

One should accept the good qualities of even the enemies and should salute him but on the other hand even if his teacher has bad qualities, he should reject them.

A man who is under the influence and control of women, who is a debtor, struck by extreme poverty, a demander without any quality and wealth- such a man is worse than a dead man, though being alive.

One should maintain secrecy of his age, wealth, demerits of his home, Hymn (mantra), copulation, medicine, charity, respect and disrespect i.e. he should never tell others of these nine things.

Karma is the cause for our SUGATI- happy conditions and DURGATI- miseries in this world. PRAARABDHA- providence, destiny is nothing else but our KARMAS (deeds, good and evil) of PURVAJANAM (our previous birth regeneration). Can any one live for a second without doing a KARMA.

In this world, no one is a Brahmin (BRAHMA), KSHATRIYA (a warrior caste), VAISHYA (caste doing trading/business) and SHUDRA (low caste) by birth but on the basis of quality (GUNAA) and deeds and actions (KARMA) Brahmin (Brahmana) is created by having following qualities like GYAANKANDA (having yearning for the Holy Scriptures), KARMAKANDA (knowledge of performing YAGNA (HOMA) and UPASANA (WORSHIP). He is also engrossed in worship of the deities, is gentle, has controlled his senses and is kind.

One who cleverly protects his subjects, is brave, has control over his senses and whose nature is to punish the wrong doers is called a KSHATRIYA.

One who is efficient in KRAYA (purchasing) and VIKRAYA (selling) daily earns his livelihood by his business, one who does PASHU PAALANA (animal husbandry and farming are called VAISHYA in this world.
Those who are in the service of the DWIJA (BRAHMA, KSHATRIYA AND VAISHYA, brave, gentle have control over their senses, carry plough (HALA), KAASHTHA (WOOD) and TRINA (grass) are called SHUDRA.

Those who abandon their own DHARMA (RELIGION) lack kindness, cause harm to others, possess excessive anger and are violent are called MLECCHA and they lack the power of REASONING (VIVEKA).

The mind changes as soon as the time comes to face the consequences of the Karmas.

As the destiny is, accordingly one gets friends (good or evil) All the actions of the world are based on BHAGYA- destiny and PURUSHARTHA- labour, actions committed in the previous birth are destiny and actions committed in this life are called PURUSHARTHA. Thus KARMAS have been differentiated in two ways whichever of the two (BHAGYA and PURUSHARTHA) is powerful forces the other to surrender. The strength cannot be identified merely by analyzing the results of the Karma or by any other means.

It would not have been possible to destroy the evils and evil doers if the destiny was unchangeable that is PURUSHARTHA (labour) can change even the BHAGYA (destiny).

If the destiny is unfavourable then the most virtuous of actions gives bad results just like the king Bali who was tied up even after being so charitable and Harishchandra had to serve a MLECHA, even after being a Truthful man.