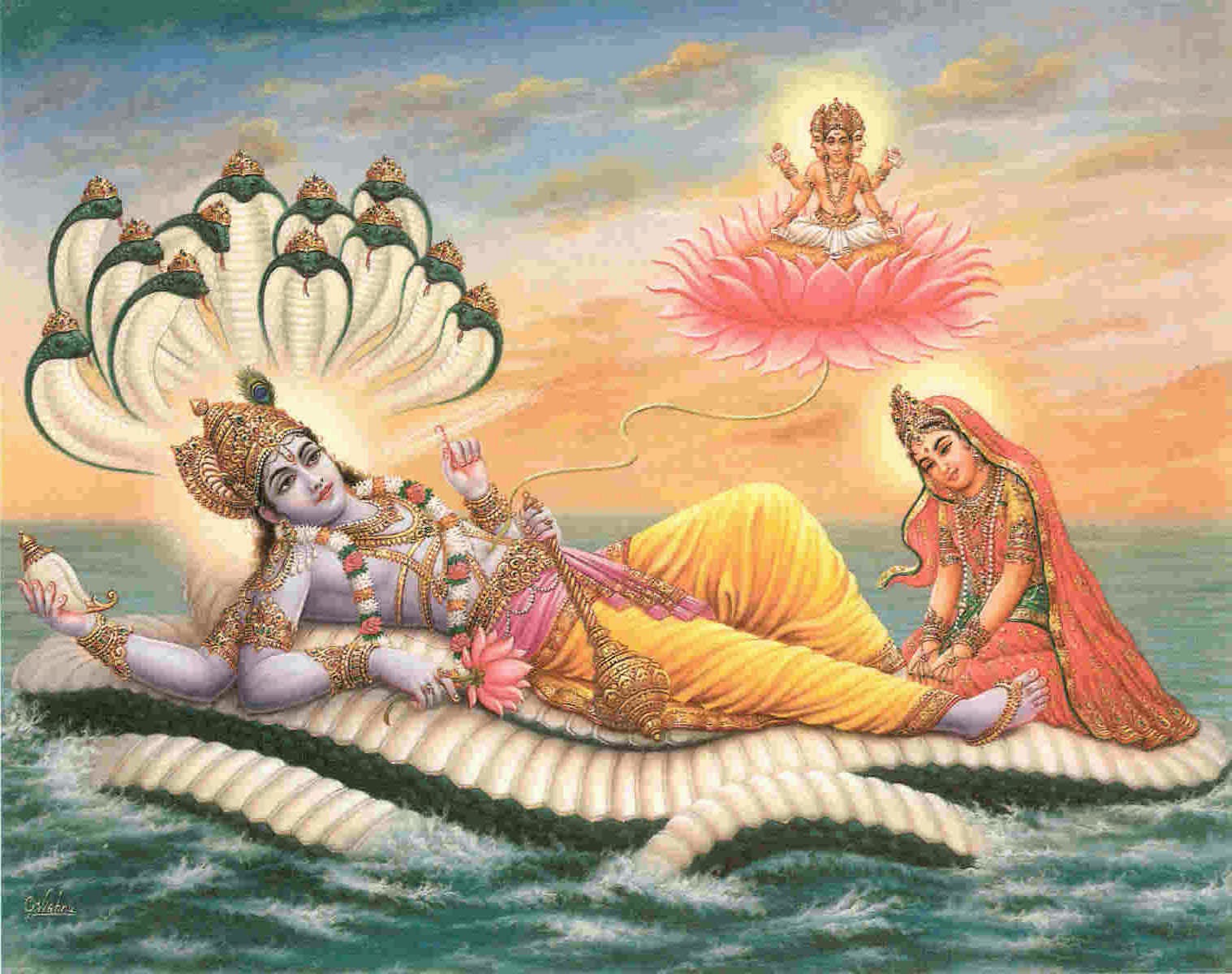 The 14th day of the bright half of Bhadrapad (Aug-Sep) is called Anant Chaturdashi. On this auspicious day Lord Vishnu sleeping on the bed Anant (the serpent shesh), in the milky ocean is worshipped and meditated upon. People also observe a vow in honour of Vishnu, which if kept for 14 years is supposed to bring wealth.

This vrat is to be performed on Bhadrapada shukla chaturdashi. After bathing and attiring in red, decorate the altar with devotion. Keep a kalash on the south of the altar in which you invite the Lord. Keep 7 darbhas tied to each other to represent ananta. Keep a red thread with 14 knots on the altar. Worship lord with 14 variety of flowers and 14 variety of leaves. The prasad for this vrat is Atiras. Make 28 of them and serve them to brahmins. Those attendning should be given food and respect. Do this vrat for 14 years each year replacing the thread that was worn in the earlier year. 15th year do the udyapana.


There was a Brahmin with the name Sumant. His wife Diksha gave birth to girl child who named Sushila. After the death of Diksha, Sumant married another woman Karkash. Karkash was not at all caring towards Sushila so when Sushila grew younger she decided to marry Kaundinya to get rid of the ruthless behavior of her step mother.

Once Sushila joined a group of women bathing in the river. These women were offering prayers to Anant. In order to get endowed with his blessings Sushila prayed as well and in a little time-span became quite rich. One day when her husband observed the Anant string in her hand he became annoyed and told her that they were rich not because of a mere thread but because of his wisdom. Saying this he took the thread and burnt it.

After this incident their economic status fell considerably. So he soon realized the importance of Anant string. He decided that he will undergo penance. He vowed for fourteen years and got his wealth back. 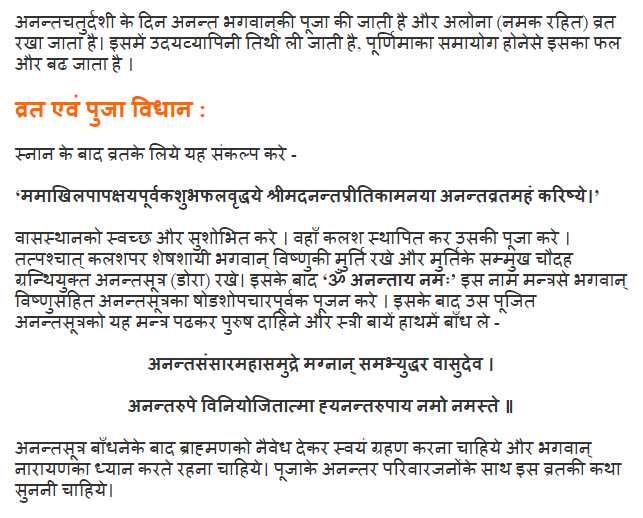 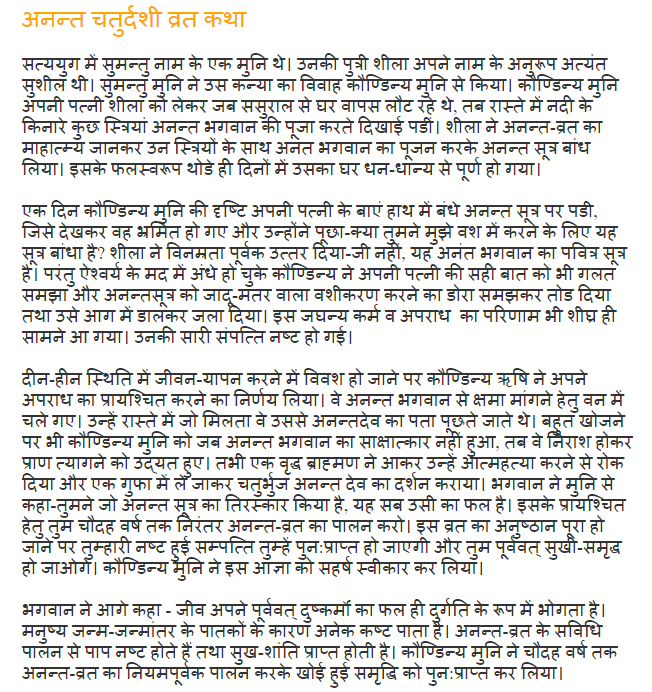